Your source for Eritrean sports 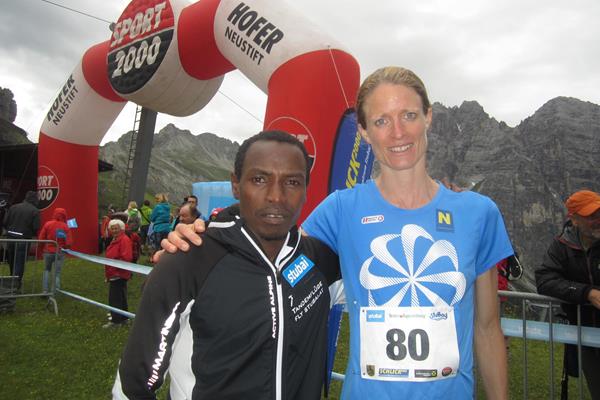 Mamu covered the 11.5km course, which features an elevation gain of almost 1300 metres, in 56:07, finishing over a minute clear of Great Britain’s Robbie Simpson.

The Eritrean, the clear favourite after collecting victories in the first two legs of the World Cup this summer, executed his break from the five-man leading pack in the steep middle portion of the course, where he built a big advantage which was never seriously challenged.

The win gives Mamu, the 2012 world champion and 2014 World Cup winner, a tally of 300 points in the WMRA MOuntain Running World Cup standings and makes him the big favourite to regain his title.

This entry was posted on August 2, 2016 by eritreansports in Athletics.