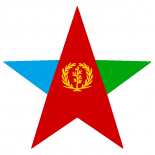 Your source for Eritrean sports

Mulugheta Russom is a blind Eritrean football player who lives in Stuttgart. He represents Germans national team for blind players.

Russom had a car accident back in 1998, when he was only 20 years old. For months he was in a coma. After waking up, he saw almost nothing and later he lost his full sight.

Although Russom lost his sight, it didn’t stop him to get out his capacity and talent.

For not too long ago Mulugheta made a TV appearance on a popular football show in Germany, you can watch the show at https://www.youtube.com/watch?v=gAwN073BXRU.

Russom had some good shot on the TV program, even though every ball didn’t go in. YouTubers with some great shooting skills and professional players like Toni Kroos, have missed all their shots on the show.

You can watch some of Russom’s shots on the training ground, without the pressure of the cameras at http://www.eritrea-chat.com/amazing-eritrean-blind-man-meets-the-free-kick-almost-exactly/

One comment on “Blind Self Confidence – Documentary About Mulugheta Russom”

This entry was posted on May 8, 2016 by eritreansports in Football.